The Origin of Life

John O. Campbell
This post is an excerpt from the book The Knowing Universe.

This simple but surprising fact implies that proto-life evolved in a specialized environment over a long period of time. Only after evolving many fitness-conferring adaptations in that environment did it emerge and move on to colonize almost the entire planet. The long list of sophisticated adaptations shared by all life implies a universal common ancestor which possessed those adaptations. It implies that all subsequent forms of life inherited their cellular architecture and this long list of common biochemical adaptations in a direct line of descent from this last universal common ancestor (LUCA).
Indeed, this reasoning, has led to a near consensus that all existing life has descended from a ‘last universal common ancestor’ or LUCA. It is posited that this distant ancestor possessed the full list of life’s characteristics and all subsequent life has evolved from LUCA and retains those fundamental characteristics (1).

Undoubtedly, as LUCA more fully filled this niche, additional resources and suitable niches became scarce and new forms evolved to make use of a wider range including marginal resources and niches. There is little existing evidence of these experimental forms other than the two forms which ultimately colonized the wider oceanic environment and became the ancestral forms of all life beyond LUCA: bacteria and archaea, more technically named eubacteria and archaebacteria.
These two forms differ somewhat from LUCA. The greatest differences might be summarized as their possession of a cell wall and possessing a new type of chemical machinery for duplicating their genomes. In both instances the detailed chemical machinery, including all the enzymes involved, are quite different in bacteria and archaea – strongly suggesting that these adaptations where achieved through independent evolutionary trajectories. 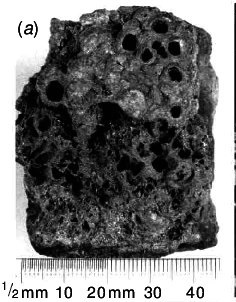 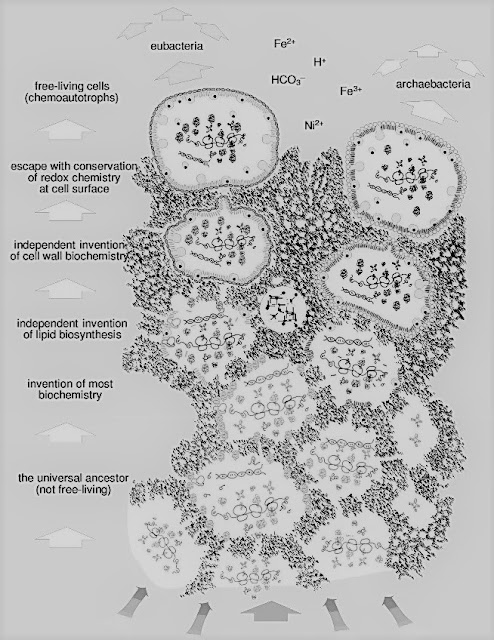 At this point we might step back a little and consider an important implication of this scenario. LUCA was probably the product of several hundred million years of biochemical evolution taking place within the rocky pores of hydrothermal vents and all its adaptations were to this one niche. Obviously, the wider ocean environment offered a good deal of potential for any variant of LUCA able to exist there but how could existence be achieved when all LUCA’s adaptations were to a cellular niche formed by rock?