A scientific revolution focused on the free energy principle is in progress. This is perhaps an inevitable revolution driven by a new but solid scientific consensus; information must be included along with mass and energy as foundational forms of existence underlying the scientific worldview (1; 2; 3). It is revolutionary because information is the first addition to the scientific understanding of foundational substances since the time of Newton – and we must expect its incorporation will have numerous profound and unanticipated consequences.

In 1929 Leo Szilard (1898 -1964) explained the thermodynamic paradox of Maxwell’s Demon by establishing the equivalence of energy and information (1 bit = ln(2) k T joules) in his brilliant paper: ON THE DECREASE OF ENTROPY IN A THERMODYNAMIC SYSTEM BY THE INTERVENTION OF INTELLIGENT BEINGS (4). This paper does not mention information but supplied a definition of what would be called information thirteen years later in Shannon’s ground-breaking 1942 paper (1) - and Szilard’s paper was only translated into English in 1964. Although it had little impact at the time, the equivalence of information and energy would join the more famous 1905 Einstein equation demonstrating the equivalence of energy and mass (e = mc2). Both equations have moved from theoretical understanding to empirical fact through recent experiments demonstrating their interchangeability (5). We now understand that the fundamental substance of existence comes in at least three different but equivalent forms.

The information revolution was launched with the publication of Shannon’s paper and its central concepts rapidly began to transform many branches of science. For example, in 1957, Edwin Jaynes (1922 – 1998) derived statistical mechanics, and thereby thermodynamics, using Shannon’s formulation of information (6).

The current phase of this revolution is perhaps led by the free energy principle (FEP), a mathematically based principle stating that all existing systems and things built from this foundational substance (information/energy/mass) must act to reduce the surprise they experience. But information, defined as -ln(p), is surprise, and so the free energy principle states that all things attempt to reduce the magnitude of the information they receive. The probability p in the definition of information is the initial probability assigned to a specific outcome of some event. If that outcome does indeed happen, then -ln(p) is the amount of information or surprise experienced. The higher the initial probability assigned, the more the event was expected and the less information or surprise.

So why is the reduction of surprise the key for understanding existence? The short answer offered by the FEP is that all existence is dependent upon a strategy for existence encoded within a generative model of the system. At this stage in the development of our explanation, we will use biological examples - and in the biological case, (epi) genetic models are the generative model. Logically, there are only two methods of reducing surprise within systems, either cause the outcomes to be more as predicted by the model or improve the model to predict more realistically achievable outcomes. Using our biological example, either the phenotypic outcomes can be made more as predicted by the (epi) genetic model, a process described by developmental biology, or the (epi) genetic model can be made to predict more successful phenotypes, as described by natural selection.

Existence is thus seen as a rare and difficult process where the many obstacles standing in its way, summarized by the second law of thermodynamics, may only be overcome by precisely following knowledgeable strategies stored within the generative models of existing systems and by evolving these models to predict realistic forms of existence more accurately. 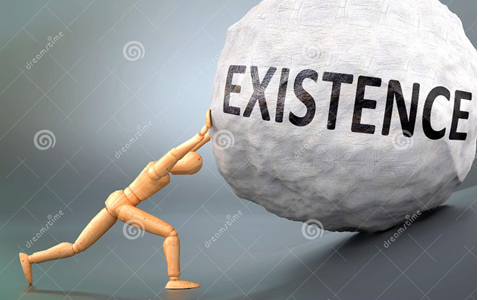 More formally a system’s expected free energy, which it acts to minimize, may be factored (7):

The far-right hand term, extrinsic value, or -ln(p) is just information, dependent upon the outcome. This term is minimized when, as above, the outcome is close to that predicted by the model.  The left term is the difference between a hidden optimal model and the systems tentative model. This term is minimized when the tentative model approaches the optimal model, or, as above, the model predicts more realistically achievable outcomes.

Interestingly epistemic value as been labelled a good scientist and extrinsic value a crooked scientist (8; 7). The latter because this formulation seems to imply that extrinsic value skews the evidence to support the model, as a crooked scientist would manipulate evidence to support a favoured theory – an activity that is verboten for scientists. But this is a misunderstanding as extrinsic value is maximized when a generative model is followed precisely so that the outcome is as predicted. Generative models, such as (epi) genetics, are autopoietic as they are detailed instructions for the creation and maintenance of a generated thing. A less pejorative term than a crooked scientist is a good engineer, who precisely follows engineering models, for example, of a bridge, and endeavours to have the actual bridge turn out precisely as predicted by the model. Or, following our biological example, when a phenotype develops precisely in accord with its (epi) genetic model. We may say that the good engineer constructs the evidence it seeks by precisely following the instructions of its generative model.

The good scientist takes the other tack in minimizing surprise. It acts to build a more knowledgeable model, ones that are more autopoietically effective in predicting realistically achievable forms. As all knowledge is ultimately evidence-based knowledge, it does this by using the evidence supplied by model outcomes to inferentially update the model – as with natural selection.

Thus, the free energy principle, by incorporating information and knowledge into the fundamental components of existence, provides us with a revolutionary explanation of existence, one that is cyclical and evolutionary.

So far, we have exemplified this process in terms of biological processes, but the free energy principle, and this factorization, applies to all forms of existence. This view encompasses the many forms of existence found in nature. In addition to biological existence, it includes physical existence where the quantum wave function serves as a generative model and classical reality as the generated thing (10; 11; 12), the existence of neural-based behaviours where mental models serve as generative models and neural-based behaviours as the generated thing (13), and cultural existence where cultural models serve as generative models and cultural structures and processes as generated things (14). It is claimed that consensus scientific theories from quantum mechanics to those for cultural evolution are process theories implementing the free energy principle (15). 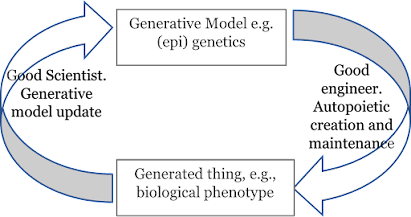 Figure 1: A general process of existence described by the free energy principle.

For us, perhaps the most revolutionary understanding revealed by the free energy principle is the relationship between humanity and the natural world. Previously, the scientific vision of the world, developed since Newton, has largely been reductionist and mechanistic. In this paradigm, all natural systems from the cosmos itself to biological cells to cultural interactions are viewed as finely tuned machines and while these processes have been described in ever greater detail, the highly unlikely existence of these many mechanisms has not been explained.

Where did they come from and how did they achieve their present state? The foremost theory for much of scientific history was a creator God and this was only partially undermined by Darwin whose evolutionary theory provided a naturalistic explanation of the emergence and development of life. But the free energy principle offers us an expanded view embracing the emergence and evolution of all existence. And crucially, humans are not above this process acting as observers, but are immersed in it maintaining and evolving new cultural forms.

We might be skeptical of the good engineer and good scientist metaphors as anthropomorphic, as attempting to portray nature in human terms. But we suggest precisely the opposite is the case; it portrays human activity and existence in terms of the same principle used throughout nature. In other words, the good scientist and the good engineer form synergistic processes operating throughout nature creating and evolving new forms within existence. Human scientists and engineers are merely the latest rediscoveries of this timeless process within a cultural context.

8. The anticipating brain is not a scientist: the free-energy principle from an ecologicalenactive perspective. . Bruineberg J, Kiverstein J, Rietveld E. 2016, Synthese. .