This is an edited excerpt from the book Darwin Does Physics.

Many quantum mysteries have recently been understood by including the effects of the quantum system’s environment as an integral part of explanations of its behaviour. That prior explanations, which attempted to treat quantum systems as isolated entities, led to a theory which, as Feynman famously noted, nobody understood is hardly surprising, We can only imagine how ridiculous a theory of biology would be that tried to described the multitude of adaptations displayed by organisms without references to their environments.

A 2014 review article by Maximilian Schlosshauer describes the historical unfolding of this breakthrough in quantum understanding (1):

It is a curious “historical accident" that the role of the environment in quantum mechanics was appreciated only relatively late. While one can find -for example, in Heisenberg's writings – a few early anticipatory remarks about the role of environmental interactions in the quantum-mechanical description of systems, it wasn't until the 1970s that the ubiquity and implications of environmental entanglement were realized by Zeh. It took another decade for the formalism of decoherence to be developed, chiefly by Zurek

2) Envariance assigns a probability to each of the possible packets of information which may be transferred. These packets correlate with measurement values and thus envariance may be use to predict the outcome of possible measurements. It is of interest that Zurek derived these probabilistic predictions from fundamental quantum axioms rather than following the tradition of including them as a separate axiom.

3) Quantum Darwinism describes the relative reproductive success which the different various transferred information packet achieve in their environments. Zurek has shown that it is the classical information described by einselection and envariance that achieves a high level of redundancy in the environment; other types of information have a low survival rate. Zurek considers that the high level of redundancy of classical information provides classical reality with its objective nature; numerous observers will agree on the nature of reality as they have access only to a common and highly redundant but limited pool of information. 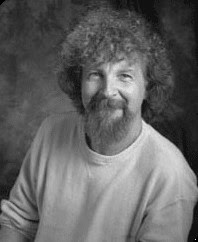 It is perhaps shocking to many physicists that the central organizing principle of biology has been used to explain one of the most fundamental physical processes. Although Zurek’s technical description has been endorsed within consensus physics, its Darwinian implications have been shunned. If you Google ‘quantum Darwinism’ and ignore entries written by him or myself, you will be left with only meager comment. Zurek however is unequivocal concerning the Darwinian nature of his theory (2):

The aim of this paper is to show that the emergence of the classical reality can be viewed as a result of the emergence of the preferred states from within the quantum substrate thorough the Darwinian paradigm, once the survival of the fittest quantum states and selective proliferation of the information about them are properly taken into account.

In my view this conjunction of fundamental physical and biological explanations provides great hope for the unification of scientific understanding within a few overarching concepts such as universal Darwinism.

Quantum Darwinism provides a detailed description of a Darwinian process in terms of a single cycle, the evolution which occurs during a single generation. While the shift in probabilities between two generations may be the unit of evolutionary change it is the long term effects due to numerous repetitions of this cycle which produce the dramatic accomplishments of evolutionary systems.

To date the development of the theory of quantum Darwinism has focused on processes involved in a single cycle and has not yet paid much attention to the long term consequences produced by continual iterations over cosmic time. We should be careful to understand that generational succession in quantum Darwinism refers to the same phenotype, such as an atom, only at a later time and possibly under slightly different circumstances. In this regards it may be analogous to generations of single-celled asexual life where succeeding generations are not truly new individuals but may rather be considered as variations on the same individual with perhaps small changes in circumstance.

In a number of earlier sections I have repeated Zurek’s claim that ‘classical reality emerges from the quantum substrate’ but have not provided much explanation for that astounding assertion. The claim itself may seem somewhat metaphysical, as if classical reality arises as a kind of ephemeral vapor from a more fundamental quantum reality. With a better understanding of the mechanisms of quantum Darwinism, we are now prepared to discuss this dramatic claim.

We might view the quantum substrate as a vast sea of quantum systems which can interact with each other only by way of the four fundamental forces – make that three if gravity is considered emergent from quantum forces. As each system can only receive information concerning any other system by way of these few forces, severe constraints are placed on the information which can be received. Zurek understands these constraints as a Darwinian selection mechanism which he describes within the theory of quantum Darwinism. ‘Classical’ information best survives the transfer to other quantum systems. Thus the information that one system may acquire of another is largely classical information.

We should understand that this information is physical, it describes the only forces known to operate in the universe. Although these are quantum forces they are well described by Newton’s classical mechanics because the classical information, even though it describes only a small subset of the quantum substrate is all that is available, all that passes through the Darwinian selection mechanism. This information obeys classical logic and the mathematics of probability theory which we consider forms of common sense. It is insufficient to fully describe the quantum reality; that really is weird and seems to operate as described by other forms of mathematics that do not jibe with common sense.

Crucially, the information which can survive the transfer entails all that one entity can feel, understand or react to concerning another entity. In other words the ability of any entity to detect the outside world is largely restricted to the classical characteristics of that world. Thus classical reality emerges from the quantum substrate.

Both the logic we are familiar with and the physical nature of our reality are explained as due to a Darwinian selection mechanism which regulates the flow of information between entities. The universe is not static. On the reception of information entities often react with an acceleration, broadly as described by the classical theories of Newtonian mechanics, Maxwell’s electro-magnetism and the theories of special and general relativity.  These are the forces and logic which defines our classical reality. They are also the forces which powered the evolution of the universe from the Big Bang onward.

Zurek’s theory implies that this evolution should be understood as the operation of a Darwinian process. Each generation of information exchanged by quantum systems is selected on the basis of its reproductive success and earlier physical forms are distinguished from later ones by their relative ability to survive and reproduce. In this view we can understand the evolution of the universe since the Big Bang as a form of Darwinian evolution.

From the beginning the great power of natural selection was seen not so much in changes over a single generation, but rather in the cumulative effect of these changes over evolutionary history. Already in On the Origin of Species Darwin made the case that the many biological forms found in nature have evolved from a single ancestral individual through the process of natural selection. We might say that over evolutionary time genomes have successively probed the huge number of environmental circumstance in which they have found themselves for strategies of reproductive success and that new phenotypes have been successively constructed to fit those circumstances.

In Zurek’s terminology ‘pointer states’ are those quantum states which may exist in classical reality. As he explains these states are defined by their ability to achieve reproductive success within their environments (3):

According to decoherence theory, the ability to withstand scrutiny of the environment defines pointer states. As I will discuss, the proliferation of records about those states throughout the environment is the essence of quantum Darwinism.

We often assume the physical evolution of the universe since the Big Bang to be a rather straight forward case of cause and effect; the continued expansion and cooling of the universe resulted in new forms and phenomena. The Wikipedia article on the Chronology of the Universe (4) provides many examples of this way of thinking including:

In the second phase, this quark–gluon plasma universe then cooled further, the current fundamental forces we know take their present forms through further symmetry breaking – notably the breaking of electroweak symmetry – and the full range of complex and composite particles we see around us today became possible, leading to a gravitationally dominated universe, the first neutral atoms (~ 80% hydrogen), and the cosmic microwave background radiation we can detect today.

Zurek’s theory suggests that this historical process may have been more nuanced. New physical forms may have emerged as the universe changed due to their ability to discover new environmental niches in which they could survive.

Within the scope of this theory we find a close analogy to natural selection. We might say that over evolutionary time quantum systems have successively probed the huge number of environmental circumstance in which they have found themselves for strategies of reproductive success and that new phenotypes have been successively constructed to fit those circumstances. If we understand ‘phenotype’, in this context, as the succession of physical forms, the physical evolution of the universe since the Big Bang may be understood in terms of a Darwinian process: Quantum Darwinism.