Science as a Darwinian process

John O. Campbell
Over the past forty years, my intellectual life has focused almost exclusively on a single idea: Universal Darwinism. Fortunately, due to its ‘universal’ nature, this one idea has not been overly constraining. In fact, it might be considered as capable of a huge unification of scientific understanding. As I have attempted to communicate in my writings, much of scientific understanding may be summarized as instances of Darwinian processes and as I am attempting to demonstrate in my next book (Einstein's Enlightenment), this understanding may be further summarized in a few potent spiritual-like principles, one of which is:

Knowledge is the creator and essence of all things (1)
Such statements may seem a little too new-age but I believe this one is backed by overwhelming scientific evidence and is essentially little more controversial than John Wheeler’s claim that ‘everything is information’ or 'It from Bit'.

Perhaps the foremost form of cultural knowledge is science and it is important for the development of my paradigm to be able to include science itself within the framework of Universal Darwinism. Most aspects of science are easily accommodated but one aspect has presented a substantial puzzle.

Philosophers of science have long considered science as a Darwinian process (2; 3; 4). Scientific hypotheses are largely learned (a type of inheritance) by the generation of science students from the parent generation of scientists but there is inevitably some variation among their understandings. Scientific ideas are also often re-thought or re-copied by researchers, with some variations, and to complete the Darwinian process there is selection among the hypotheses largely due to their simplicity, elegance and the support they receive from experimental evidence.

Although this process has been largely accepted for decades there remains one troubling problem: where do new hypotheses come from? In the Darwinian process of natural selection the parallel question is ‘where do new genes come from’ and this is usually explained as random genetic mutation or copying errors. In science, however, the formation of new hypotheses may not appear to be a random process. Scientists spend much of their time in the purposeful pursuit of trying to formulate suitable hypotheses and any success is often experienced as a ‘eureka’ moment.

Researchers are constantly introducing new hypotheses into the scientific literature for evaluation by their peers and judgment by the evidence but the process by which they formulate these new hypotheses is poorly understood. It is usually characterized as a purposeful ‘creative’ process having little in common with the random processes which introduce new genetic sequences into the repertoire of biology.

In recent times our understanding of human cognitive processes has often been illuminated by the construction of computerized models. When a machine model can be constructed which duplicates some puzzling human cognitive ability it adds plausibility to the hypothesis that the human brain may unconsciously perform this ability in a manner analogous to the computer algorithm. For instance, the Bayesian Brain School of neuroscience argues that the human brain operates largely as a Bayesian computer; selecting from among the many competing hypotheses that it generates according to the sensory data it receives. These hypotheses are made more plausible when the researchers can demonstrate Bayesian computer models which duplicate some aspects of human cognitive abilities.

Still, the question remains: how does the brain produce innovative new hypotheses? Just now light has been shed on solving this problem by a Darwinian computer algorithm which has discovered a new scientific model or hypothesis describing how Planarian worms manage to regenerate damaged tissue (5).

Planarian worms are small, some as small as 1/8 of an inch. They have been of great interest to biology for over a hundred years due to their remarkable ability to re-grow removed tissue. For instance, if one is cut in two, two new completely separate individuals will be regenerated (6).

Using the techniques of molecular biology, 240 genes have been identified that are involved in this worm’s regenerative abilities.  However, the mechanism by which these genes operate to produce regeneration remained elusive. Some of the genes produce proteins but some regulate the activity of other genes. Further, the mechanism by which the resulting proteins actually produce regeneration remained unclear. The result is that up to now there has been no comprehensive model or hypothesis describing the process.

A team of biologists at Tufts University has just discovered a model which can explain all of the experimental evidence. Perhaps the most remarkable aspect of this discovery is that it was indirect; scientists did not discover it directly but rather developed a computer program that made the actual discovery. The team of scientists programmed a computer to evolve models with random variations through a Darwinian process. At each generation those models which most closely predicted the experimental evidence were selected, with small variations, to form the next generation of model exploration. In the end, this process discovered for the first time a model in complete conformance with the data. 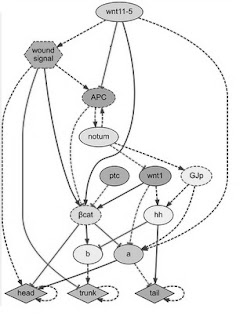 Figure 1: A high-level schematic of the computer-generated model for Planarian regeneration (taken from (5)).
Amazingly this discovered model, although it has eluded human researchers, is readily understandable and straightforward to those familiar with the problem. Further, it posits the involvement of a few proteins that had not been identified in previous experiments. Attempting to experimentally identify these predicted proteins provides for a straightforward means of further experimental testing of the model.

It is plausible that complete models of complex phenomena, such as that of an entire cell, may remain forever beyond the scope of the human intellect to conceive, but perhaps not beyond the scope of what computers, properly programmed, may discover. Perhaps of even greater importance, this research suggests that human hypothesis formation or model creation may not be an impenetrable intuitive ability but may arise from an unconscious Darwinian process taking place within the human brain.

My conception of science as a Darwinian process has focused on the concept of a model or a family of competing hypotheses being selected according to the assignment of updated probabilities when new evidence is received. This portion of the scientific method is straightforward and well described by the algorithms of Bayesian inference. Mathematical theorems tell us how the probabilities must be updated on the reception of new information.
However, new and unexpected evidence may be found that seems to make all of the hypotheses within the model more unlikely. In other words, we may find that our evidence has outgrown the model. In this case, how does science find a new model that will more fully embrace all the evidence?

The received wisdom within the scientific community is that the process of model formation is akin to an art form, that it is the creative portion of science and not amenable to an algorithmic description. However, a model of Planarian regeneration that conforms to the experimental evidence and has eluded human investigators for many years has now been discovered by a computer algorithm. This must cause us to re-evaluate the idea that hypothesis formation is an ill-defined and opaque creative process. The fact that the algorithmic process which discovered this model is a Darwinian algorithm is just icing on the cake.